Some of our Committee

There are few more thankless jobs within a sporting club than that of club secretary. And yet it is such a crucial "back-of-house" role that enables a club to operate smoothly and efficiently.

Well our club has been fortunate enough to have Steve serve in this role for more than 30 years!!! …. He is the "Mr. Fix-it" of the club - someone who gets the job done behind the scenes, without most people knowing about it. He brings a calm and measured approach to dealing with the wide variety of issues that can arise within a club. Although should the occasional hard issue require a more forthright and blunt approach, then Steve is more than capable of adjusting accordingly.

For example, he played an absolutely pivotal role in overseeing the change-over in court surfaces, from porous to synthetic grass. Dealing with contractors and ensuring the project was completed within the agreed budget and ensuring quality standards were being maintained throughout the construction project. Liaising with Council and managing funding arrangements.

No doubt Steve would have called upon his professional career experience, having been a senior manager within both the information technology and aviation industry, where he would have first employed his skills in tact, diplomacy and project management.

Another example that demonstrates Steve's tireless commitment to the club was the way in which he put together the club's policy on Child Protection - something that likely went unnoticed by most members - and yet was an absolute necessity for an incorporated sporting body. There are numerous administrative responsibilities and legal requirements that Steve handles, which would not be recognised by the majority of us. Helping to lead and facilitate the successful merger between East Croydon & Kilsyth tennis clubs was another major contribution of Steve's........ So many of these tasks get done efficiently by him in the background - in his typical no-nonsense manner.

Finally, let us not overlook that Steve's a pretty handy tennis player - with a big serve, a crunching forehand and is typically a quick and aggressive predator around the net....... He;s a great club-man - and we've been very fortunate to have him serve on the Committee for so long, working closely and in tandem with Noel (club President) at East Croydon Tennis club.

All club members should be grateful for the high standard of  integrity and diligence which Steve has brought to the performance of his voluntary role...….Thanks mate. 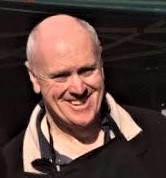 Club President for almost 15 years and also a popular club Treasurer for 30 years. .... Noel is another one of those special characters who willingly volunteers so much of his time for the benefit of club members. 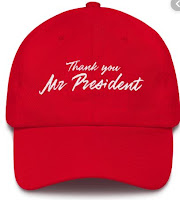 With a naturally warm and friendly personality, he is well suited to welcoming new club members and representing the club at special events. Anyone who has played tennis in a team with Noel would describe him as an easy-going, happy-go-lucky character who is rarely if ever, ruffled.

Over many, many years, whenever a working bee has been organised at the club, you could always count on Noel to be there with his sleeves rolled up and helping out with the hard stuff.

As a tennis player, he is one of those fiendish left-hander's who has a vicious swinging serve and ripping top-spin forehand.

Noel's leadership style at the club would best be described as consultative - very much open to different ideas and always respectfully listening to the opinions of others.. As club Treasurer, he has brought a prudence to the way in which revenue has been collected and expenses and spending carefully controlled. This fiscal responsibility, which Noel has so adeptly overseen, has been integral to the sustainability of a healthy, vibrant club.

Working in close partnership with Steve, Noel has helped to provide an important continuity and stability of leadership at the club.  Members can feel confident that the stewardship of the club is in safe hands ......

The partnership between these two hard-working volunteers has become a bit like the Lone Ranger and Tonto of the old wild-west, working without recognition to the benefit of others. (we'll leave it up to them to sort out who's who in this dynamic duo) ...... Or maybe Captain Kirk and Spock might be another illustration of an effective working partnership, where different types of strengths combine to create synergy.

We can only hope that Noel will continue as Captain of the ship, helping to guide and sensibly steer the club forward in the coming years ahead.......


What a remarkable young woman Kelsey is - and what a wonderful asset she is to our club.


As junior convenor she plays an important role in overseeing the safe and smooth running of all the junior teams that play weekend competition at the club. She handles all the enquiries and any concerns that arise from the kids or their parents. And she handles her responsibilities with care, patience and understanding.

Junior tennis is where future champions are made. It is also the lifeblood of any tennis club - and Kelsey is the perfect person to be encouraging the participation and development of our younger players.

Kelsey is a very talented and accomplished tennis player - having achieved a top 200 national ranking and having competed at state and national levels. She is a fiercely competitive yet supremely self-controlled player and carries herself on court with a quietly confident, composed demeanour - not unlike our Aussie champion Sam Stosur.

In addition to these impressive achievements, she is a qualified Physical Education teacher.

Children's self-esteem and sense of self-worth can be influenced by their experience with sport. Kelsey is always out there offering kids at the club praise and encouragement.

She recognises you gradually build self-confidence in kids by highlighting their strengths and  knowing how to gently challenge them to try and do better. She knows that when kids feel they are making progress towards achieving their goals, then they feel good about themselves.

She is one of the senior members of the coaching panel at the club - and along with Andrew Marshall, has built strong relationships with the junior players and their parents. As a coach, she offers her students a wealth of  feedback on their technique and stroke execution - and also guidance sometimes on their stroke selection post-match. But like all good coaches, her approach is not limited to helping kids learn how to become better players, but also better people too.

It is always a delight having her happy, smiling face around the club.

As an active member of the Club's Committee, Kelsey is helping to inject a real sense of a vibrant vision for the future of the club. She is playing an integral role in supporting the growth and future expansion of the club through her positive energy, innovation and fresh ideas.

Kelsey is such a great role model for our young players in so many ways - and we are very fortunate to have her so engaged with our club.