Mike Drummond
Mike has been a servant of the club for over 30 years. 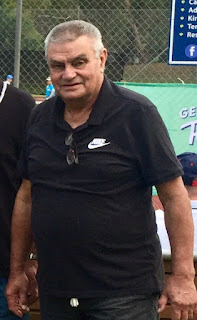 He is another one of those solid, quiet and unassuming volunteers within the club that help keep things ticking over.  Mike willingly takes on many of the essential chores for ensuring that our Night Tennis competition remains so popular at the club.

Duties for example like collecting team monies, ensuring the courts are open on time and lights are turned off after play. Checking in on the security of the clubhouse and courts.  Serving on the club Committee,  serving as our club representative for night tennis - as well as night tennis Records Secretary for over 25 years.  Typically putting his hand up to man the BBQ for the kids when our coaches present their junior tennis clinics...... So many of the types of duties that we too often simply take for granted - but the truth of the matter is this ...... Without volunteers like Mike who so freely give of their time and energy, the club wouldn’t be able to run.

We rely on club servants like Mike - and his ethos of unselfishly helping others, in order to create an environment where our members can simply go out and enjoy playing their tennis, without having to worry about all of the business that must still go on in the background.  So to all of our wonderful volunteers like Mike, we say an appreciative  Thank You ! 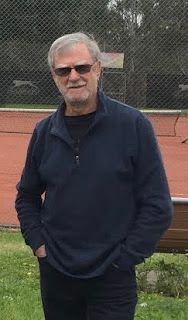 Richie was an integral part of the history and culture of the Kilsyth Tennis Club.

He played an important role in the merger with East Croydon TC, taking on responsibility for handling many negotiations with Council, as well as much of the administration to do with the incorporation of the new club. Working closely with Neville, Noel and Steve, Richie helped to oversee what we now know today as East Croydon Kilsyth Tennis Club.

For over 35 years he worked with his good mate Neville, serving on the Executive Committee at various times as President, vice-President and Secretary - helping steer the efficient running of Kilsyth TC.

Richie also served a lengthy period as club coach. He was reigning club champion at Kilsyth and playing grade B / grade 3 pennant. When the previous club coach at Kilsyth left abruptly, the club turned to Richie to take over the coaching role.

With a career as an experienced teacher and a deep passion for education, it didn’t take long for Richie to comfortably step into coaching and begin focusing his talents on growing and developing the junior talent at the club. It was a role that Richie fondly recalls gave him enormous satisfaction.

After Richie's retirement as Principal of Badger Creek Primary School, and following his retirement as club coach, Richie played 16 years in Grade 1 with Metro Masters. So all in all, it's fair to say that Richie was a pretty handy tennis player in his day. Mind you, even today when he's not carrying an injury - Richie's topspin forehand and backhand still create havoc for his opponents.

After the merger between the two clubs, Richie has continued to serve on our Committee and is duly recognised and respected by many of us as one of the  original “Founding Fathers” of East Croydon Kilsyth Tennis Club. 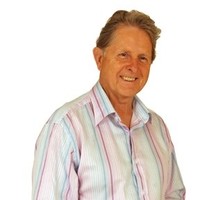 Off the court, Keith is fondly known as Mr. Bitcoin amongst the Veteran members of the club because of his well known passionate interest in crypto-currency.

On the court, he is regarded as Mr. Steady, because of the incredible consistency of his tennis game. If you're absolutely needing to clinch a match and it all depends upon one single service game - then most of us would want Keith to be the one serving.

He is  recognised for his mental toughness and his ability to focus on what needs to get done. He refuses to get distracted by whatever may be going on externally and has that enviable capacity to concentrate on the task at hand. Very much an astute tactical player, opponents never know when one of his crafty, merciless drop shots will be employed (and what's more, without any obvious "tells").

Keith's professional life included many years in senior executive roles and running a successful national business ….. Is it any wonder that over the years when having been nominated as team captain, he enjoys making those executive team decisions.

An ex-VFA football player and senior coach,  Keith is familiar with needing to perform on the big stage. He has maintained a high standard of fitness over many years and sets the benchmark for many of his veteran tennis mates. Keith is an embodiment of the old adage that age does not need to be a barrier to continued good health and vitality.

His grittiness and resilience was demonstrated in the way he battled to overcome a debilitating knee injury some years back.  Discipline and hard work were the formula for his returning to play a high standard of tennis. 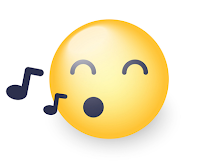 A sharp wit, a quick sense of humour together with an ever self-confident demeanor - all combine to make him an accomplished orator. As someone who has no hesitation about being called to stand up in the spotlight, it is no surprise that Keith was a singer in his younger days - describing himself as the mature version of heart-throb crooner, Michael Buble.

Also known to enjoy himself on the dance floor, a woman once told him that he danced liked "Fred" ….. Accepting this as a well deserved compliment, Keith smiled in his most charming manner and enquired "You mean Fred Astaire?" - "No" she replied flatly, "Fred Flintstone".

The philosophy that guides Keith's approach to life seems to be one founded upon being open to the inevitability of change, having a zest and thirst for continuous learning and fearlessly exploring new opportunities whenever they emerge.

A great club-man and loyal friend, Keith will always look out for his mates and never hesitates to offer help in any way he can. He is a core part of the DNA of veterans tennis at the club.

So if you're an over-50 tennis player, come down and join us for a hit at East Croydon Tennis Club and meet some of our other colourful characters such as Hughie, Peter, Richie, Jerry, Colin, Cookie, Lutz, Terry, Chris, Brian and Macca (a.k.a Miami)


And also check out the profile of our long-serving legend of a Club Secretary, Steve Baldry